I visited Boston University in early March of 2020. It was like visiting Legoland for the first time. I was mesmerised. The gyms were the size of most car parks, the track was every athlete’s dream facility, and most of all, there were more things to do than hours in the day. There was nothing I couldn’t do if I were willing to walk 10 minutes. One other thing was playing on my mind that weekend. I was hoping this COVID thing would blow over. One week later, the US borders were closed, and the country was locked down. I’m sure everyone has there defining moment of the pandemic. Whether that’s paying a tenner for hand sanitiser or buying toilet paper from the local drug store, some of you may have even lost a loved one. My moment was saying goodbye to my dad at Heathrow airport, masked up at security, not knowing when I would see him again.

I landed in Boston on a balmy August evening, and my new roommate picked me up with half his face showing, and the city I had left in March was similarly unrecognisable. The first stop was a Covid test, which would be my first of 40 tests in total I would take whilst on campus. My dorm room was the only place I wasn’t required to wear a mask, even the bathroom directly across the hall, and maybe two steps away was a mask required zone until you were physically in the shower. Whilst it might seem ridiculous BU had some of the best COVID numbers in the country. Whilst being waterboarded in your shower because you forgot about your mask can be annoying, it doesn’t even compare to the agony of 300m reps in masks, or to the pain of gasping for air at the bottom of a squat and breathing in 90% mask and 10% air your just exhaled. Practising in masks was an adjustment that took me a while. Everyone can see the problems with breathing, but the issues extend far beyond just the lungs. I’d say the mask I was using (under armour mask provided by the university) restricted 10% of my field of view. This doesn’t sound a lot, but when you’re trying to pole vault and the difference between looking like Mondo Duplantis and Flat-Stanley is 25cm in pole placement, then you’re going to want that extra 10%. I also got a lot of spots where I was sweating into the mask. However, it didn’t matter because the number of people who saw my full face between august and December I can count on one hand.

Online classes were not too much of an issue for me personally as I took advantage of lots of the study spaces on campus to still maintain some kind of class structure. The online classes helped me with those 8 am classes that I attended from bed, and the 9am’s that I was able to move to 2 pm thanks to recorded lectures. So everything has its benefits, I suppose. No one, not colleges or students wanted to have a semester like this one, but the situation required it. We may not be living our best’ college experience’ but its indeed a unique college experience. And there’s something in that. 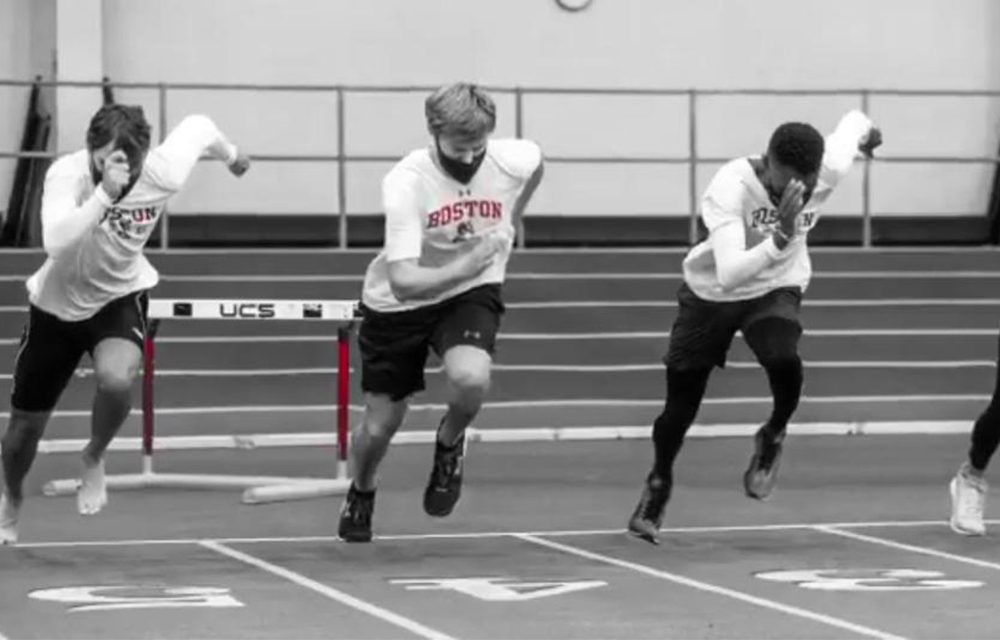 The RightTrack gossip column is up and running! It is getting to that time of year ...
September 17, 2021